Press release – Revenu and profit Nedap N.V. up by 6% in 1st half year 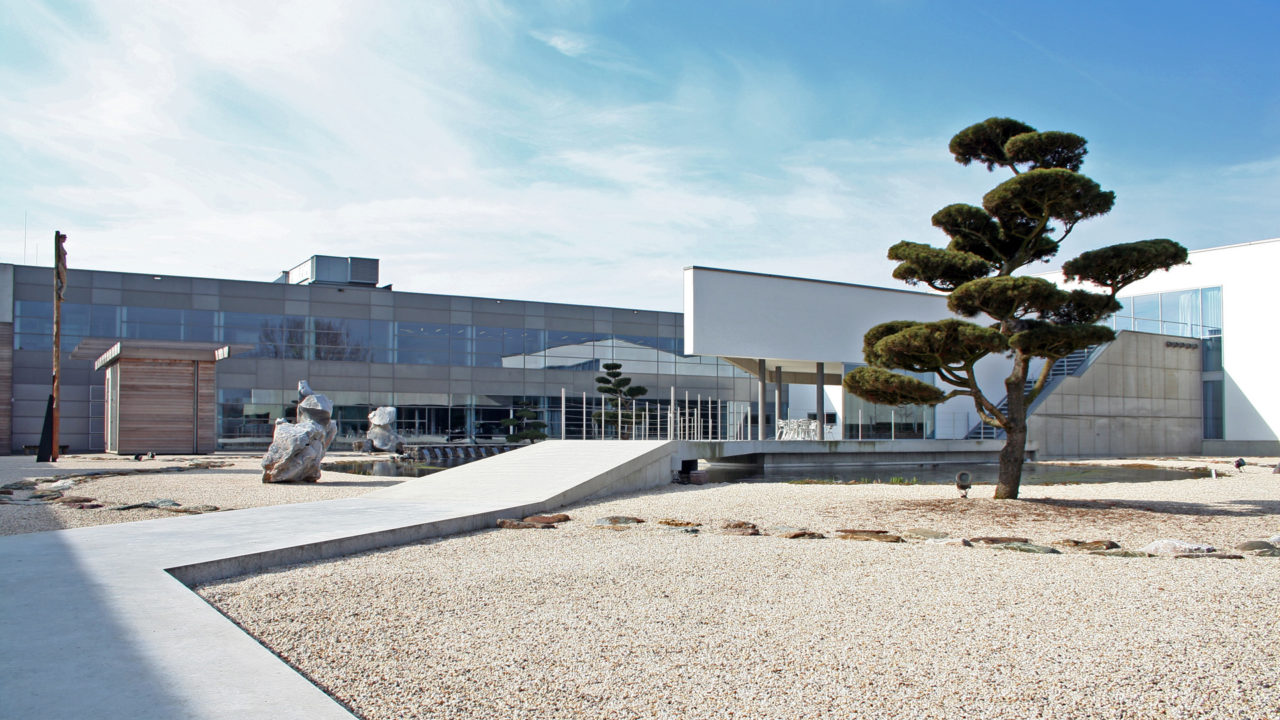 For the entire year of 2014, the board of directors likewise expects – notwithstanding unforeseen circumstances – a further increase in revenue (2013: € 173.7 million). Concerning the operating result for 2014 – in light of the many uncertainties and the relatively high added value of the revenue – no forecast can be made as of yet.

The market conditions remain challenging. Fundamental shifts are taking place in the markets where Nedap is active: growing transparency, convergence of local markets into a single global market, and the emergence of new technologies. The markets are becoming more turbulent and increasingly less ‘forgiving’. This means the demands placed on propositions are constantly and drastically being pushed upwards, while at the same time the organisation has to quickly increase its level of globalisation and professionalism. Over the past years, Nedap has continued to invest in high-end propositions and the organisational structure. In doing so, it has consciously targeted the achievement of long-term growth, but also a sufficient diversification of its activities in order to be able to absorb any setbacks in specific markets. In the short term, the market groups are still sensitive to the current uncertain and volatile economic conditions in a number of regions and sectors relevant for them. In practice, this has resulted in a greater pressure on prices and longer decision-making timelines for buyers, partly due to the difficulty in obtaining the necessary finance. Furthermore, the market group Energy Systems is very susceptible to changes in the – non-harmonised – government schemes and incentives in relation to self-generated energy.

The number of employees, after a strong increase in recent years, remained at the same level as the beginning of this year (754 employees). An agreement was reached with the trade unions about a new collective labour agreement (CAO) that will last until 31 March 2015. This included a salary increase of 1.75% on 1 April 2014, and – in light of the operating result for the first half-year – a one-off payment of 0.25% to be paid out in September.

After a good start, in recent months the revenue of the market group Energy Systems (autonomous energy systems) was considerably down on last year and below expectations. The solar energy market in the most important sales country of Germany has been confronted by new government measures (lower electricity input prices and a tax on consumption of self-generated electricity), as a result of which consumers have been much more reluctant to invest. The market group had done a lot of work in Germany in particular over the past year on building up an extensive network of hundreds of installation providers, who have been trained in the sale and installation of the PowerRouter (system for the independent and effective generation, storage and consumption of electricity). In addition to Germany, the market group is active in other West-European countries, such as Belgium, England, France, and Italy. The lack of a consistent policy at both national and European level has created uncertainty amongst consumers and has had a negative effect on the willingness to buy in these countries as well.

The market group Healthcare (automation of administrative duties of healthcare professionals to create more time for care) saw its revenue continue to grow steadily in the 1st half-year. With its ONS product, it supports healthcare institutions in their operational management. Substantial investment has taken place in the market group with the addition of new applications and the improvement of existing applications, but also in order to facilitate growth and expansion in new markets as well. The slight improvement in the economic conditions within the employment services sector has meant the Pep® suite (digital timesheet processing) is also contributing to the growth in revenue within the Healthcare market group.

After several years of robust growth, the revenue of the market group Identification Systems (products for vehicle and driver identification and wireless parking systems) in the first half-year of 2014 was down on the previous year. On the one hand, the market group has seen an increase in concrete market interest, but on the other hand decision-making processes are being extended and even projects that have already been ordered are being put on hold. The uncertain economic situation in its market segments has played a role in this development, but the difficulty in obtaining project financing experienced by our customers is often an important reason for deferral in this area as well.

The strategic transformation from a project organisation to a technology provider meant the revenue of the market group Library Solutions (RFID self-service systems for libraries) declined further in 2014. As a result of the changes to the organisation, however, profitability went up. Thanks to the significant streamlining of the business model and the balanced product portfolio, the market group is now in a position to expand its commercial activities more quickly and in more countries at the same time.

The market group Light Controls (power electronics and control systems for the lighting industry) achieved an excellent growth in revenue in the 1st half-year. In addition to an increase in revenue for UV purification and UV curing products, there was also a sizeable growth for the Luxon proposition (lighting management). With Luxon, businesses are able to deploy their lighting systems more flexibly, improve the quality of lighting, and at the same time make considerable savings in energy costs. Major investment has been put into this proposition in recent years.

The revenue of the market group Livestock Management increased substantially in the first half of 2014 compared with the same period in 2013. The market group supplies automation of livestock management processes based on individual animal identification, which help livestock farmers to optimise their business processes and improve the well–being of humans and animals. Both the dairy farming segment and the pig farming segment contributed to the increase in revenue. Livestock farmers are currently being encouraged to invest by the good prices in the dairy farming sector, the abolition of the milk quota in Europe, and the demand for electronic systems for breeding management and the monitoring of animal welfare.

Despite the very competitive market, the revenue of the market group Retail (security, management and information systems for retail) increased steadily. Thanks to the investments of recent years in the propositions and a stronger organisation, Nedap Retail is becoming an important partner in retail technology for rapidlyexpanding, international retailers. In 2014, once more several renowned retailers switched to the systems of the Nedap market group.

The Security Management market group (systems for access control, registration, payments, fire and intrusion alarms, surveillance, locker management, and biometrics) continued to suffer the downside of the stagnation in investment in the construction industry. Its revenue, however, remained at the same level as in the previous year. There is a lot of interest in the Global Client Program of the market group. This means international clients can be supported in the worldwide implementation of a single standard security management system. These types of large projects, however, have a long lead time before the actual delivery takes place.

Expenditure on “Subcontracting and other external costs” was up by € 1.4 million, amongst other things due to higher production and the higher costs associated with the strengthening of the organisation. Expenditure on “Salaries and social security charges” was up by € 1.3 million due to the agreed salary increases and the increase in the number of employees. In the 1st half-year 2014, there were on average 17 more employees (FTEs) than during the same period in 2013. Amortisation and depreciation went up by € 0.4 million to € 5.2 million, primarily due to higher revenue for products where the development costs had been capitalised in the past. In the 1st half-year 2014, the capitalisation of assets manufactured in-house was € 0.6 million lower than during the 1st half-year 2013. On balance, an operating profit remained of € 6.7 million, as opposed to € 6.0 million in the same period in 2013. As a percentage of revenue, the operating profit amounted to 7.7%. Over the 1st half-year 2013, this percentage was 7.4%.

The net financing expenses rose slightly as a result of valuation differences for interest rate hedging. The share of profit of our associate Nedap France S.A.S. (sale of retail management, security management, and library management systems) fell due to the fluctuating market conditions in France by € 0.1 million compared with the 1st half-year of 2013.

The positive cash flow from operating activities in the 1st half-year 2014 was € 12.0 million. € 3.7 million was spent on investment activities and € 7.4 million was paid out in dividends over 2013. Furthermore, repayments on loans were made of € 0.1 million, and € 0.2 million of own shares were sold to the Stichting Medewerkerparticipatie Nedap (Nedap Employee Participation Foundation). The credit facilities at the banks as per 30 June 2014 totalled € 45.7 million; of this € 35.8 million had been drawn. In addition, there was € 3.3 million in cash and cash equivalents. On balance, the liquidity position rose by € 1.0 million. The average credit term for trade receivables in the 1st half-year was 7.6 weeks (2013: 7.9).

The minimal movement in the non-current assets (fall of € 1.3 million) and the current assets (rise of € 1.1 million) meant the balance sheet total remained more or less the same. The solvency position (equity excluding the distributable dividend and non-controlling interest divided by the balance sheet total) went up, due to the addition of the profit over the 1st half-year 2014, from 36.6% to 41.1%. Excluding the adjusted regulation IAS 19 (IFRS regulations on pension liabilities and claims), applied for the first time to the Financial Statements 2013, these percentages amounted to 41.0% and 45.2% respectively.

The discount rate applied as per the end of the period under review for the calculation of the pension liabilities and for the expected yield on pension assets was 3.2% (year-end 2013: 3.6%). The other starting points remained the same.

A description of the most important risks for Nedap is included in the Annual Report for 2013.

The report for the 1st half-year, including the Half-Yearly Financial Statements 2014, is attached as an appendix to this press release. 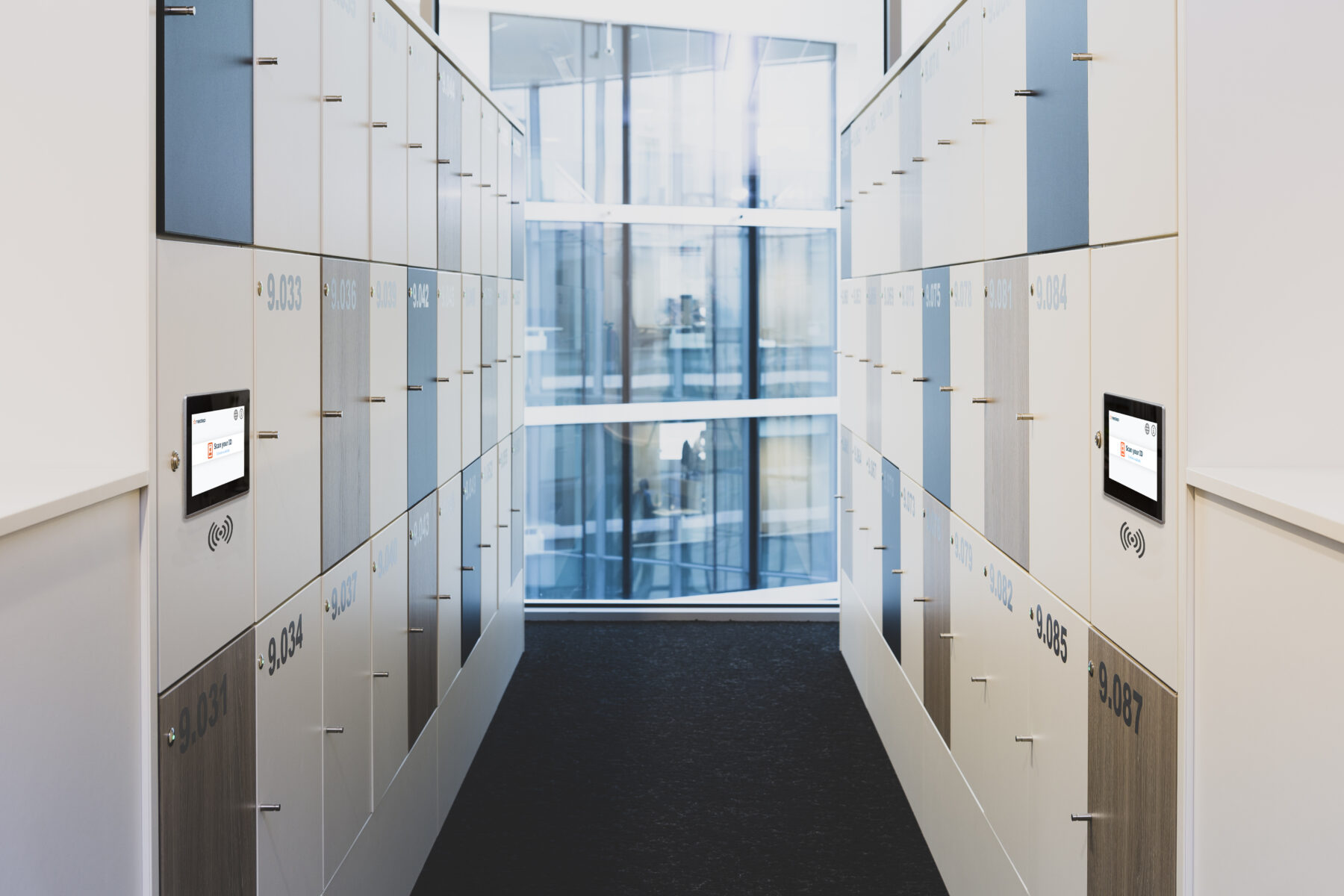